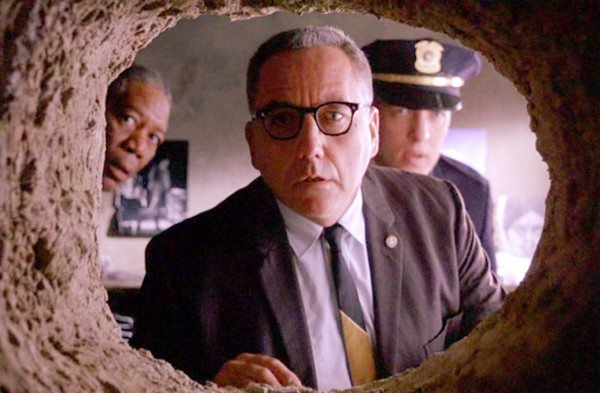 After several years of happy blogging, my sense of self preservation has finally kicked in, and this LJ will now be Friends Only.
Any curious visitors who wish to join those select but fortunate few need only to message me and, after a brief cavity search, they will be admitted and may experience the delights within ;)

Seal first came into the public eye on the back of his featured vocalist spot on Adamski's early 90s number one hit Killer, but while Adamski would quickly vanish back into semi-obscurity, Seal would stick around a lot longer, eventually selling around 30 million albums worldwide and winning a clutch of musical awards - he was the first artist to gain a hat-trick of wins at the Brits and he received the Ivor Novello Award for best song musically and lyrically two years running.
His first album as a solo artist saw him teaming up with legendary producer Trevor Horn and the first single released from it was Crazy.

Inspired by the fall of the Berlin Wall, and boasting some truly epic production, courtesy of Horn and a young William Orbit, Crazy sounded like nothing else out there at the time and duly became his biggest hit in the UK, reaching number two as well as charting big across Europe. It even reached number 7 on the Billboard Charts! It also helped that Seal himself was such a visually striking figure, with his model good looks (someone I know claims their sexual awakening was seeing him on Top Of The Pops) contrasting with his facial scars, caused by a rare form of Lupus.
*Useless trivia alert* During its chart run, there were for a time two songs called Crazy in the UK top 20, the other being a reissue for the Patsy Cline classic.
The album it was taken from, called Seal, was also a critical and commercial success, kicking off a career which would take in nine studio albums (a surprising amount of which were called "Seal"), a marriage to supermodel Heidi Klum, a US number one with the song Kiss From A Rose and a two year stint on the Australian version of The Voice.
Poll Time!

Open to: All, detailed results viewable to: All. Participants: 12

Released in 1997, Sunchyme is one of those summery dance hits that, even if you don't remember it's name, will stick in your head and pop up at an inopportune moment leaving you puzzled as to when you heard it last (as can be seen in the comments section of its youtube entry - a large amount of them being "I got here by googling hey oh mamama eh" or "I found this by searching for human animals body paint", which must have led them to some dark corners of the internet at first!)
Dario G started out as a trio going under the name Dario, but a lawsuit from another band also called Dario led them to change it to Dario G, after the manager of the football team Crewe Alexandra FC as well as a tribute to MOR saxophonist Kenny G.
Sunchyme was their first and biggest hit, entering at number 2 in September of 1997. In a fair and just world it would have climbed one spot the following week, but unfortunately this was after the death of Princess Diana and instead Elton John's "Candle In The Wind 1997" was then released and won that particular race by an avalanche - that week ended up being the largest amounts of sales difference between a number one and number two song on the chart.
Featuring a sample from the dreamy "Life In A Northern Town" by The Dream Academy and a memorable video containing a tribe of African people having their bodies covered with colourful paint to portray animals like in their native land, it did well throughout Europe, going Platinum in both the UK and Germany as well as top 5 in most other territories as well as hitting number 1 on the Billboard Dance Chart.

Its success bagged the group the official theme to the 1998 World Cup which was held that year in France. Widely regarded as one of the best football related songs ever, it likewise had a memorable video and also did well, reaching number 2 in Germany. Their following single had them collaborating with David Bowie, while the track "Voices" from their debut album was heavily featured in the Leo DiCaprio film "The Beach".
Two of the trio left before the follow up album was released and despite the rather lovely "Dream To Me" ( https://youtu.be/HMsGjtF2vxM?list=PL2D8FDC5580F149AD ) going top 10 in the UK and Germany, that was about it as far as substantial hits went.
They attempted a comeback of sorts with the funky "We Got Music" ( https://youtu.be/4xuO-5oQQWc ) in the summer of 2014 which saw them teaming up with Dame Shirley Bassey, but despite heavy promotion from Radio 2, it failed to chart.

Open to: All, detailed results viewable to: All. Participants: 9

Discovered kicked under a cabinet during a clean up... 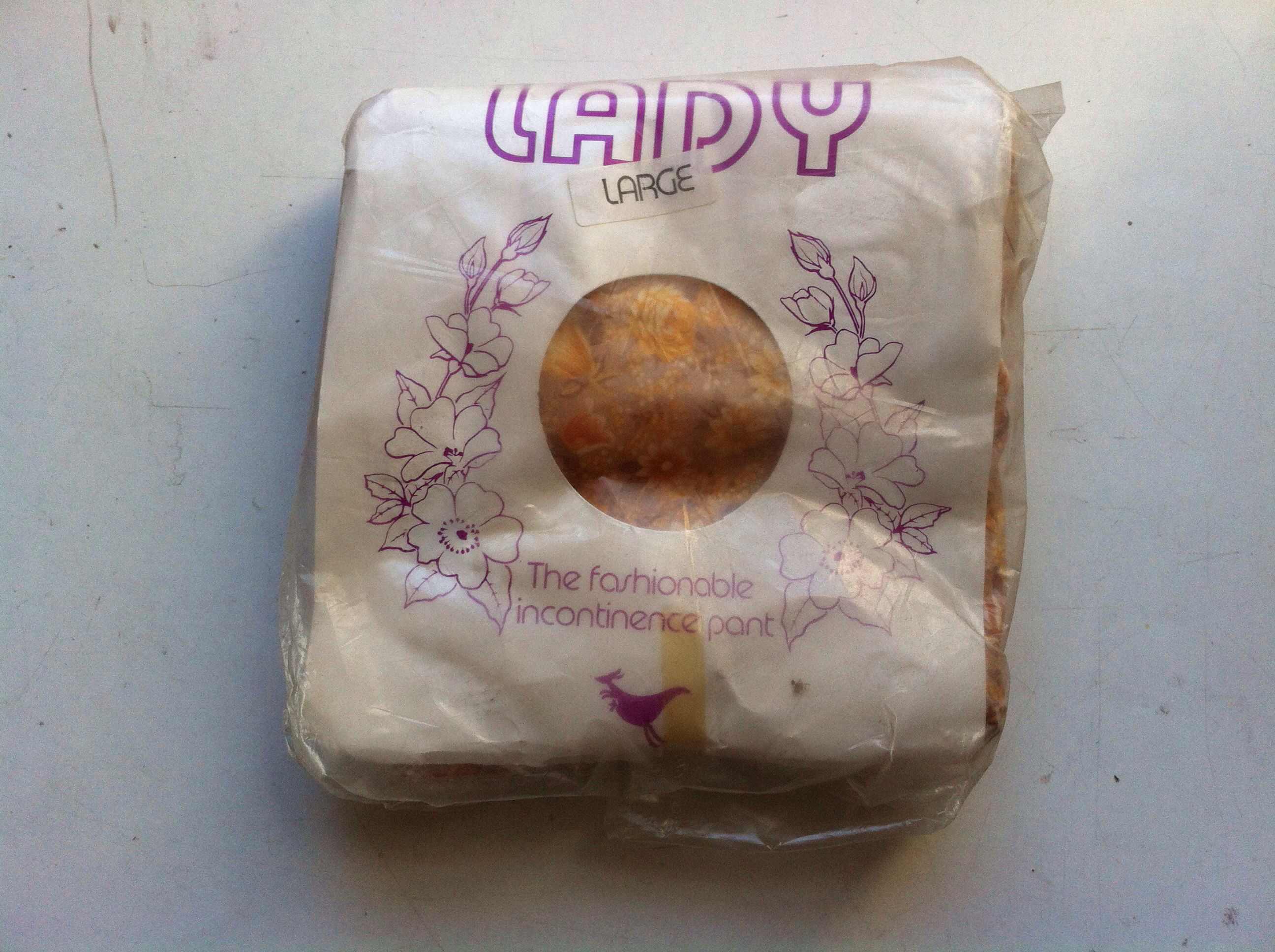 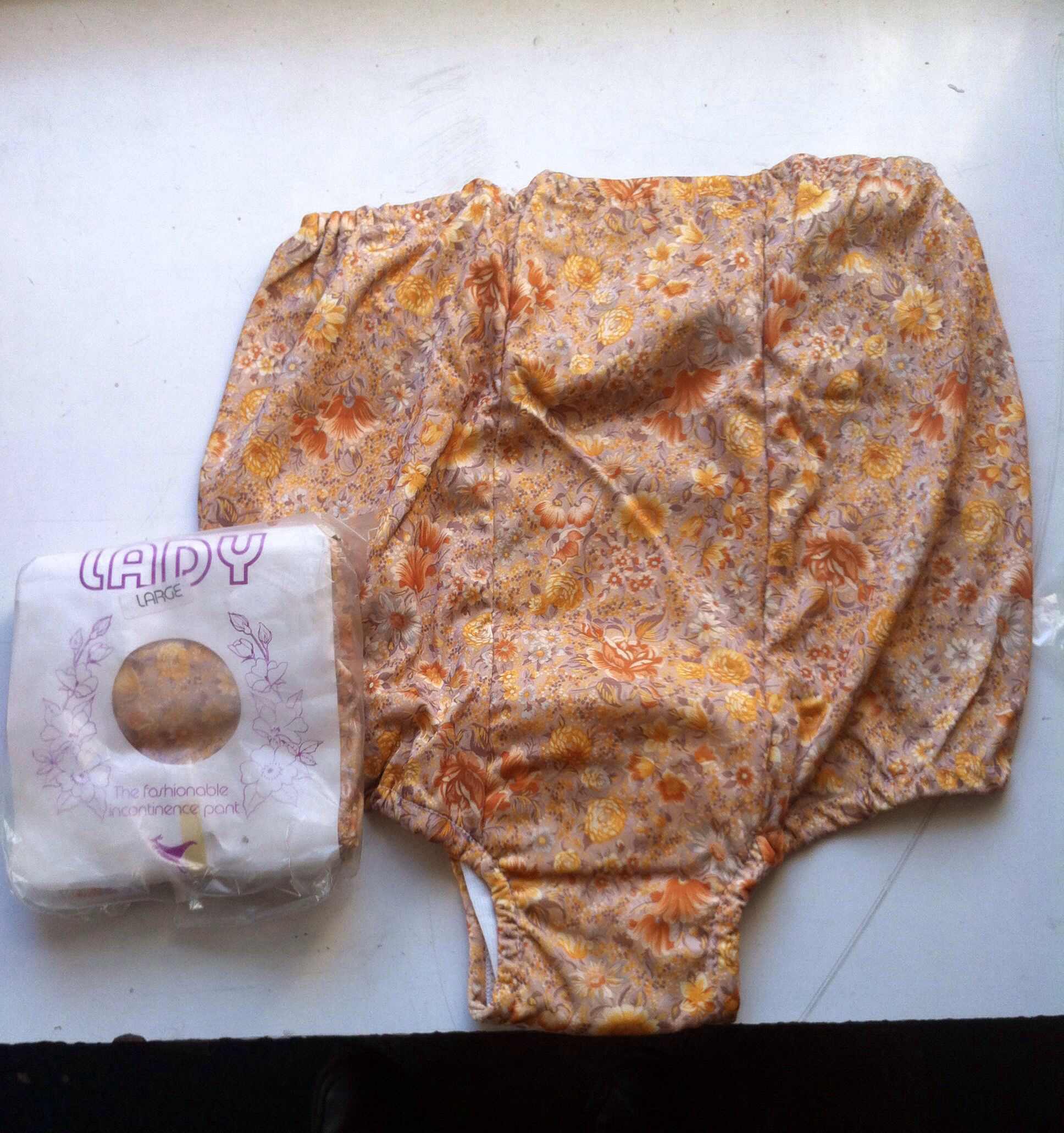 Buy any 80s or soft rock compilation CD and the odds are that Total Eclipse Of The Heart will be on there. Regarded as a classic and written by Jim Steinman and with a frankly bonkers video by the guy who would direct Highlander it is certainly one of the most distinctive number ones of the 1980's, even if I have seen it described as "the audio equivalent of being covered in raven sh*t".
However the version being pulled out of young me's box of forgotten music dates from the mid 90's and is by Nicki French. For many years a session singer, she recorded this version with pop giants Stock, Aitken and Waterman. It took three separate re-releases for it to take off, but third time was the charm and it rocketed up the UK charts, reaching number 5 and spending three months in there, selling over 250,000 copies in the process.
For some reason though, she was even more popular abroad, reaching number 2 in America and spending an impressive 6 months on the Billboard Chart in the process. She also reached number 1 in Japan, Spain, Canada and Brazil, selling over 5 million copies in total.
Sadly though, that was about it as far as her career went. Her next single was another cover, but failed to reach the UK top 40 due to a barcode error and wasn't released in the US thanks to record company politics. Her debut album did well, managing to sell 50,000 copies but the label she was signed to was too small to capitalise on her early success and eventually went into liquidation.
She continued to make records, albeit with little success (apart from Brazil bizarrely enough, where she was still hitting the top 10 several years later). She was the UK's Eurovision entry in 2000 with the ominous sounding "Don't Play That Song Again". Voters agreed with her, and she only managed to place sixteenth.
From then on it was a case of limited releases or remixes of her biggest hit, although she has kept a very large gay following and has headlined Pride festivals, including the world's biggest in Australia as well as returning to her original job as a backing singer, appearing on stage and (paying those bills) in pantomine.

Open to: All, detailed results viewable to: All. Participants: 12

Total Eclipse Of The Heart?

*Crosses fingers* pleasepleaseplease don't let there be any pictures... 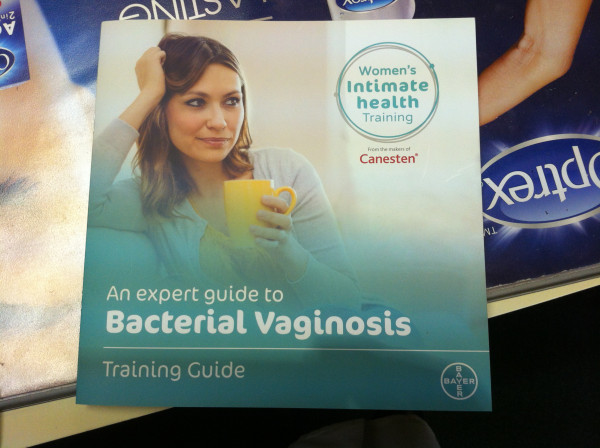 In other news, we had a prescription arrive where the directions were as follows;
"Take one tablet three times daily until dickness subsides".
Of course, the doctor probably meant to write "sickness", so we treated it as a typo - until the patient arrived to collect it, and actually was kind of a dick, so perhaps the original was correct!

One of my elderly lady patients was put on some new medication on Thursday, and as she had an appointment that day her daughter brought it down to us. She said to me "Her new doctor is very nice, and seems to know what he is talking about, but I do feel he is being a little optimistic here!"
Puzzled, I glanced at the prescription that she had just given me, which read;
"Take one each week for the next ten years".
Given that the patient in question turned 101 over Christmas, I did see what she meant! 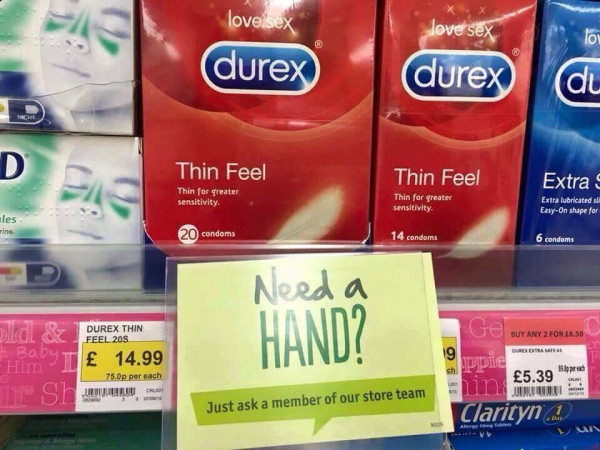 I shall see if I can sneak something similar :)

So my "recorded as a joke" Stress Mushroom review finally crept past the 1,000 views on YouTube over the weekend, and I got my second comment on it!
Although I am not sure whether they are in favour of it or not... 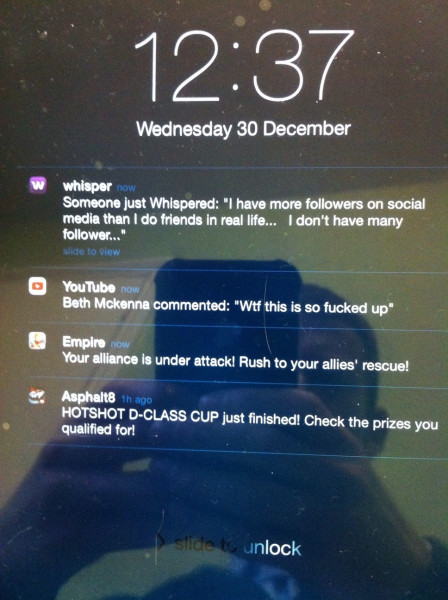 (For those of you who missed it the first time round, I shall post a link below. Be aware though it contains a fair amount of innuendo and for some reason I sound more posh than the Queen :/ )

Not the Flashback Friday I had originally planned, but in light of her early death this week, there should only be one artist that I should feature :(

It can't have been easy trying to be a credible music artist when your father is legendary singer Nat King Cole, but Natalie managed to step out of her fathers shadow and become successful in her own right, selling over 30 million records worldwide. She was also adept at switching genres, with her career spanning Soul, R&B, Jazz, Pop and Soft Rock.
Her career began in the 1970's, when she started singing in a psychadelic rock group, upsetting club owners who had booked her in the hopes of her doing a carbon copy of her dad's music. And when it came to getting a record deal, her name certainly didn't open any doors for her as only one record company decided to pick her up.
Their faith was rewarded with a string of huge selling R&B albums, winning her several Grammy awards and her being dubbed "the new Aretha Franklin", which understandably upset the older one ;) Follow up albums dabbled in soul and funk, and she was the first female artist to have two platinum sellers in the space of a single year. She was awarded a star on the Hollywood Walk Of Fame, but the early 1980s saw her career go off the rails big time and between 1981 and 1983 she was severely addicted to both cocaine and heroin. It took an intervention and six months in rehab for her to begin to turn things around.
In 1987, she returned to the world of music with a more pop sound and hit big with a cover of Bruce Springsteen's Pink Cadillac and 1989's Miss You Like Crazy, which is the point where I discovered her.
I couldn't work out which to include, so they are both here.

Although Miss You Like Crazy is very 80's in its production (and sounds very much like Where Do Broken Hearts Go by Whitney), she resists the temptation to oversing it, which makes it sound very sincere. It also became her biggest UK hit, reaching number two in the singles charts.
Of course her greatest success was still to come, with her Unforgettable album, where she duetted with her father going seven times Platinum and winning a clutch of awards at that years Grammys, including one for Best Album.
She continued to record and tour, with continued success until 2008, when she announced that she had been diagnosed with Hepatitis C, courtesy of her drug abuse all those years ago. Four months after that she suffered kidney failure and was one regular dialysis until a replacement organ could be found.
She went back to work as soon as possible, releasing two more albums, including a Hispanic one in 2013 but her health was never the same and she died in December 2015 after a long illness.
Poll Time! (X2!)

Open to: All, detailed results viewable to: All. Participants: 10